Deal Choice is a feature which allows the Underdog to slightly increase their odds of winning when they are in a losing all-in situation and makes the game more exciting. 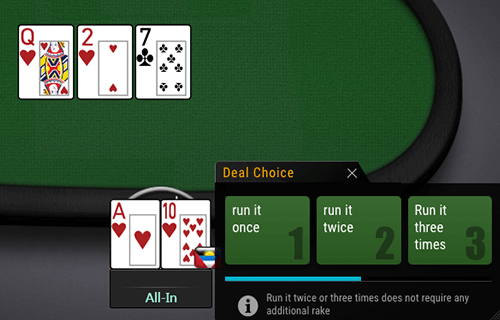 During an all-in situation, the Underdog will be able to select one of the following: Run It Once, Run It Twice, Run It Three Times.

This option is available when the following criteria is met:

Did this answer your question? Thanks for the feedback There was a problem submitting your feedback. Please try again later.
Last updated on September 28, 2020