Reaching the final table in a multi-table tournament is a great achievement in itself and players often want to savor this glorious moment. To enhance your experience at the final table, we have added the following features.

A 5 minute break time will be applied at the start of every Final Table. Final Table rules will be shown during this break time.

Players can now manage their action time more wisely with the Chess Clock. Unlike basic time management, players will be given a set amount of time which they can use until the end of their play at the table.

Also, all players will be given with a chance to Switch Seats at the start of the final table . This will bring an added twist to the situation and make things more interesting.

With our much-anticipated feature Make a Deal, players can guarantee their share of the payout by choosing to split the remaining prize rather than playing the tournament game to its completion.

Before the final table starts, players can choose what seats they want to sit at 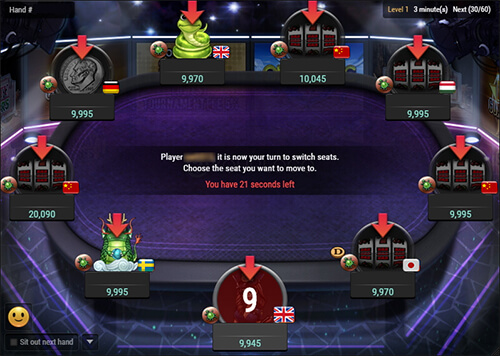 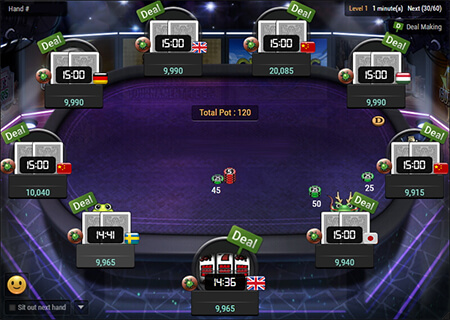 When all players agree to Deal Making, 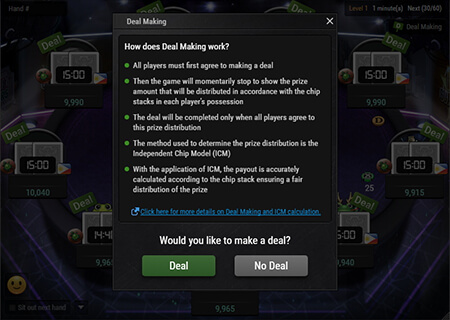 ICM is an acronym for Independent Chip Model, and is a distribution method based on the current chip count of players regardless of external factors such as poker skills, blinds, bubble, etc.

Understanding how ICM is different from the Chip Chop method 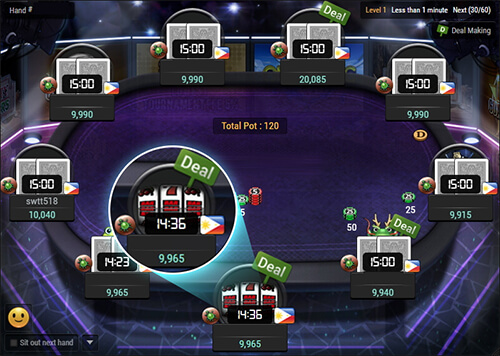 Did this answer your question? Thanks for the feedback There was a problem submitting your feedback. Please try again later.
Last updated on November 10, 2020